The news was recently on fire with headlines declaring red meat consumption raises the risk of death. Pretty scary stuff! No doubt, some of those who just heard or read the headlines have become terrified at the thought of eating red meat. Each year a new study seems to say something along these same lines. Though the headlines draw attention, such sensationalized sound bites could be worse for peoples’ health than the information found in the stories they promote.

Before you stick your nose up at sirloin or blow off other cuts of beef, you should understand what the study showed. Even if you just don’t like to eat red meat, you’ll know the truth so you can share it with your friends.

Red meat has been attacked for years. Sometimes it’s wrongfully attacked as people mistakenly warn against saturated fat. Other times, certain types of red meat are attacked for being highly processed or conventionally raised. In reality, we’re talking about three types of meat.

The mistake so many people make is talking about all meat as the same. It certainly isn’t. Processed, conventional meats may very well lead to unwanted health problems. However, as we’ll see below, there is a significant lack of scientific support to suggest eating unprocessed red meat, especially naturally raised red meat, is unhealthy.

The research paper that has created so much media attention is titled “Red Meat Consumption and Mortality,” and was published in the Archives of Internal Medicine. You can get a free copy of the published article here. If you don’t feel like reading the whole thing, we’ll take a look at some of the key points below. There seems to be a strong bias against meat consumption from the beginning of the article, as the authors include the following sentence in the first paragraph:

The authors cited three previous studies in the sentence above. In the first study they cite, a research group looked at data from two large population studies, the Health Professionals Follow-Up Study and the Nurses’ Health Studies I and II. The published article was called “Red meat consumption and risk of type 2 diabetes.” Researchers found an increased risk of type II diabetes in those who ate meat. The more meat people claimed they ate (in food frequency questionnaires), the higher their risk of diabetes. But the group who ate the most meat also:

Do you see the problem with pointing the finger at red meat? You’re looking at people who made some of the worst diet and lifestyle choices possible. It just so happens that they also ate more meat, or at least that’s what the questionnaires said.

The sentence above also claims meat has previously been associated with cardiovascular disease, and cites an article from the journal Circulation, a publication of the American Heart Association. In this particular meta-analyses, researchers found total meat consumption was related to heart disease. When red meat and processed meat were combined, the risk of heart disease increased. However, the study authors concluded “Consumption of processed meats, but not red meats, is associated with higher incidence of CHD and diabetes mellitus.” There are two key points here. First, unprocessed red meat was not associated with cardiovascular disease, even though that’s what the authors above suggested in their introduction! Second, how could the authors of “Red Meat and Mortality” have missed this? They seem to have exaggerated what the study that they cite themselves actually said.

Finally, the third part of their introduction suggests meat consumption increases the risk of cancer. The journal article they cite comes from Nutrition and Cancer. You may be assuming this was an exaggeration as well, and you’d be correct. The study, titled “Well-Done Meat Intake, Heterocyclic Amine Exposure, and Cancer Risk” points out that well-done meat can be carcinogenic, or cancer causing. However, the point is not that meat itself is cancer causing. Rather, the way the meat is cooked may be cancer causing. Grilling or other high-temperature cooking methods create carcinogens, which are cancer-causing agents. By avoiding the overcooking of meat, the cancer-causing effects would be negated.

Hopefully you can see by now that the study that made the news had a significant amount of bias against meat consumption, as the first three studies that were referenced in it did not actually show what the authors said they did. If you’re still not convinced, we’ll take a look at the actual study below and how it was interpreted. I think you’ll see the idea that “red meat kills” is far from the truth.

Based on the way “Red Meat Consumption and Mortality” has been presented in the news, one would think it was brand new research, but the study group actually used data from two other studies that have been around for a while, and looked at the data in a different way. In these studies, participants were not asked to follow any specific diet. They were simply asked what they ate every couple years, and then they were tracked for associated health problems as the study went on. In total, data from 37,698 men and 83,644 women were included in the study.

The participants completed food frequency questionnaires every four years. As for meat, the two categories for which people specified the frequency with which they ate it were:

Do you see a problem already? Unprocessed meats could include fast food hamburgers and sandwiches, or even pre-mixed frozen meals which all can contain vegetable oils, preservatives and other unhealthy ingredients. When we work with people on nutrition, we think of “unprocessed meats” as a fresh cut of beef, grass-fed hamburger and other meats in their natural state. That’s quite different than the way the participants in the study had to classify processed and unprocessed meats. Based on the way foods were classified, and knowing what the Standard American Diet looks like, there were likely a lot more “double quarter-pound cheeseburger and fries” meals that were classified as unprocessed meat than those that were categorized as processed.

Was It Really the Meat?

It doesn’t take an expert to understand the problem with blaming the higher rates of death just on meat. According to the data, those with the highest rates of death ate the most red meat, but they also:

It would seem the study’s authors could have just as easily said alcohol, smoking, gluttony, sedentary lifestyles or nutrient deficiencies appear to increase the risk of death, and left meat alone. Is it possible meat was partly to blame? Yes, it’s possible. But this type of study cannot show that to be the case, and no study to date has done that either.

We were told to avoid cholesterol because for a time, cholesterol was to blame for heart disease and mortality. Then saturated fat took the blame. With no research to support saturated fat as a villain in our diets, the finger is now pointed at common sources of such fat or cholesterol—specifically, red meat.

To date, no study has shown red meat causes negative effects on health. In fact, increasing protein in the diet is consistently shown to support weight management and improve overall health, especially as people age. While there is cause for concern about the way cows, and all other animals are raised, that is a separate issue which makes choosing grass-fed and pasture-raised animal food options a wise choice. Nonetheless, the two issues should not be blurred as one is a nutritional issue and the other is a moral issue.

Red meat is a significant source of important nutrients like carnosine, creatine, B vitamins, conjugated linoleic acid and others. Avoiding red meat takes people one step further from foods humans traditionally ate for most of our existence. Rather than pointing the finger at meat in studies such as this, it would be wise to focus on the more likely contributors to heart disease and early death: lack of exercise, obesity, smoking, stress, lack of sleep, environmental toxins and nutrient deficiencies.

This article is not intended for the treatment or prevention of disease, nor as a substitute for medical treatment, nor as an alternative to medical advice. Use of recommendations in this and other articles is at the choice and risk of the reader. 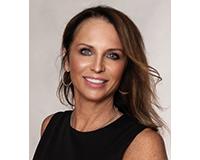 Want to Advertise on this Site?

TAX DEADLINE EXTENDED - The U.S. government will postpone
Historic Low Mortgage Rates The Time To Buy Is NOW - Mortgage rates have dropped to the
Early Spring Selling Season - Good afternoon. As Spring is
Dec 18 2019 691 1 - Listing During The HolidaysIt is a

In just a few seconds, you will be searching just like a Realtor®

The Crawford Home Selling Team is one of the premier real estate teams in NJ. Consistently ranked in the top 100 teams in the country, our motto is treat every client like they are your only client. Give us a call and let us show you what we can do for you!

The U.S. government will postpone the April 15 tax-payment deadline fo

Historic Low Mortgage Rates The Time To Buy Is NOW

Good afternoon. As Spring is rapidly approaching, we at the Crawford H

Listing During The HolidaysIt is a popular misconception that listing

"For Gordon Crawford: Gordon made my experience as a first-time home buyer as stress free as it can be. He came highly recommended, and didn't disappoint. I had dealt with a couple of agents before I met Gordon, and both were a nightmare. Moving from Hoboken, Gordon introduced me and my fiancé to the Morris County area. He spent an exceptional amount of time pointing out the local hot spots, pros/cons of neighborhoods, and overall made me feel comfortable narrowing the search. His approach to finding the right home was refreshing, if not tedious, taking us to various listings to see a single detail we may like so he could narrow the search. He often would say, "I know this isn't the right place for you, but what do you think about the yard/kitchen/bedrooms/etc?". When the listing for the home we eventually bought came up, he immediately knew we'd like it. Gordon walked us through the inspection, negotiation, and closing process. In the rare case when he wasn't able to answer the phone, Gordon's responsiveness was excellent as well. I love the home I'm in, but if I ever need a change, I hope to have Gordon as my agent in the future."

This is a list of your favorite properties. We will email you if a property is reduced or leaves the market.

This message will go directly to the head of our team.